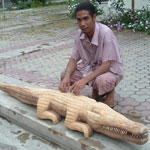 Photographs of Aze’s carvings and paintings were left with me (Ed), by Gabi Glansser when she was in Melbourne with Natalino dos reis Pires for the Bundoora Arte Moris Exhibition in May 2009.  At this stage I don’t have any further biographical information on Aze except that he is from Cova Lima Suai.

Two slideshows of his work are included featuring his portraits and representations using symbolism from traditional Timorese culture that explore a range of concerns. You can also see Aze’s carvings here too. 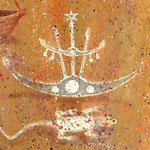 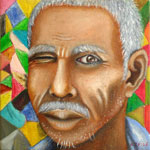 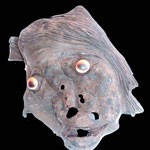