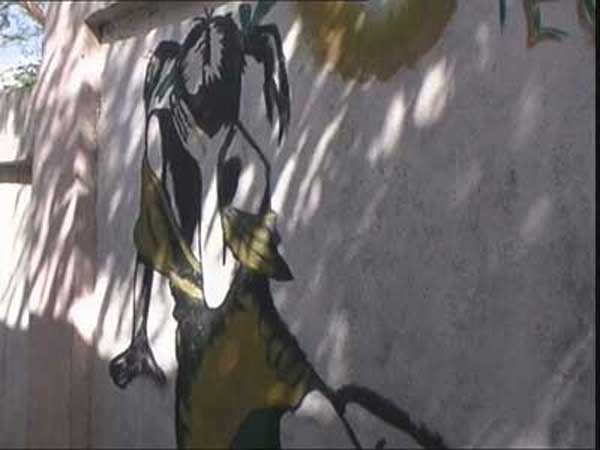 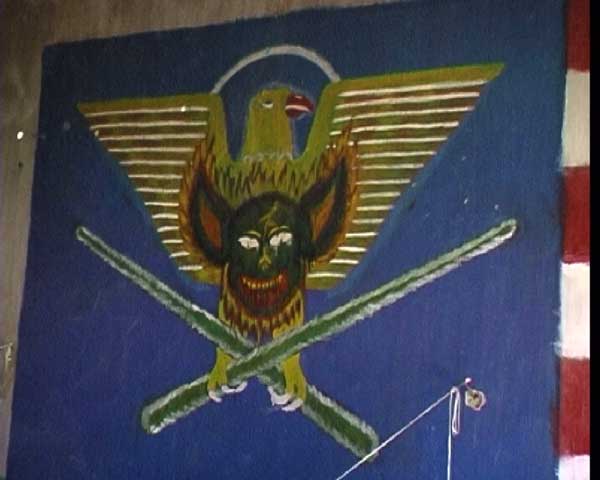 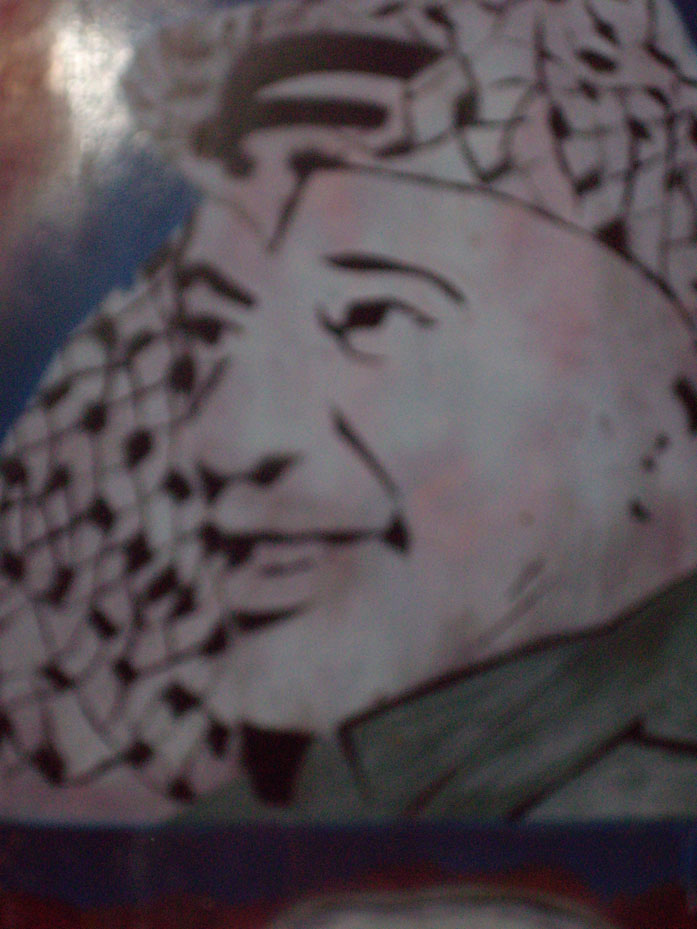 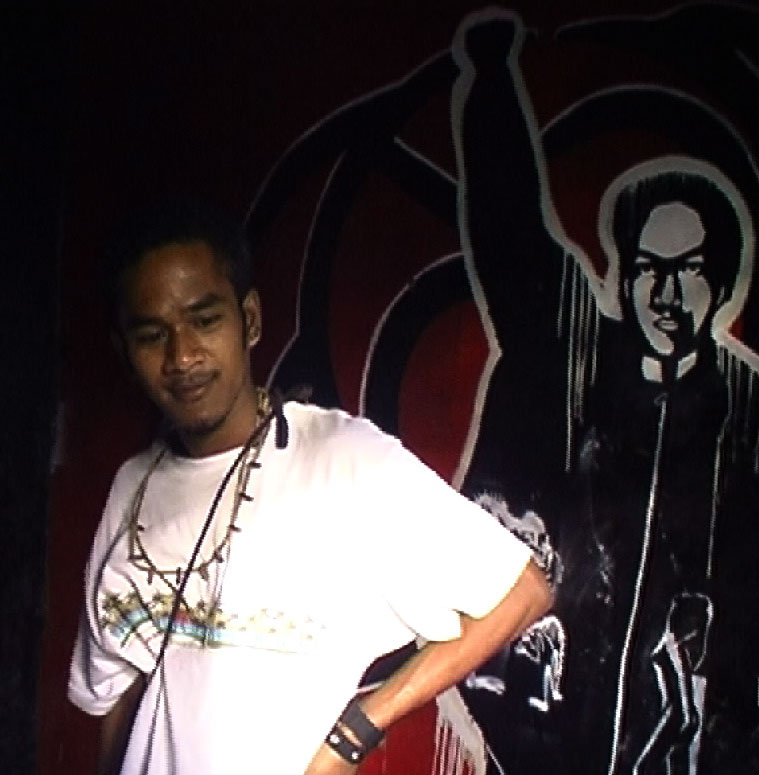 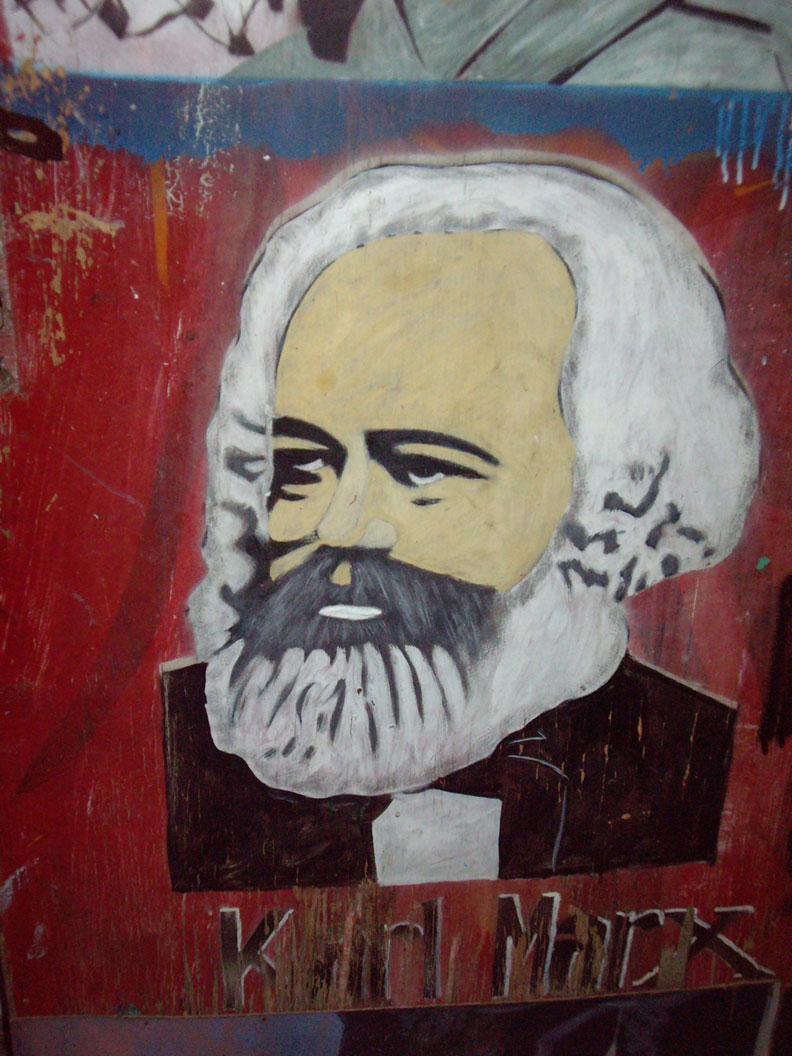 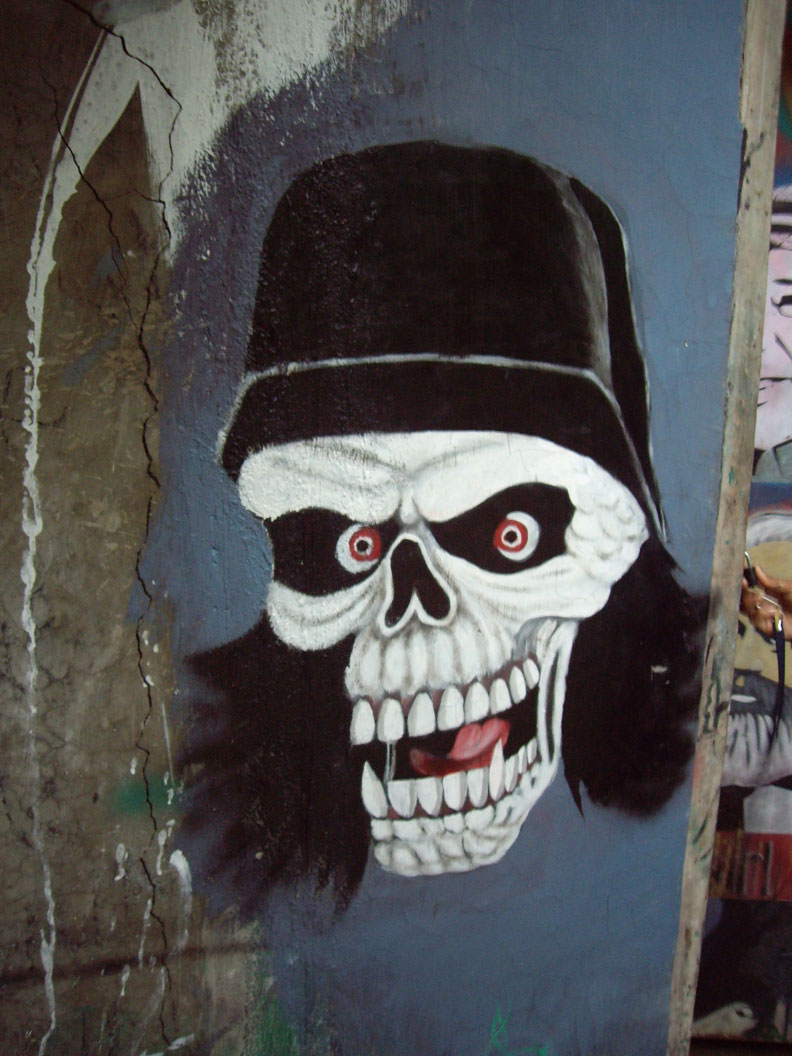 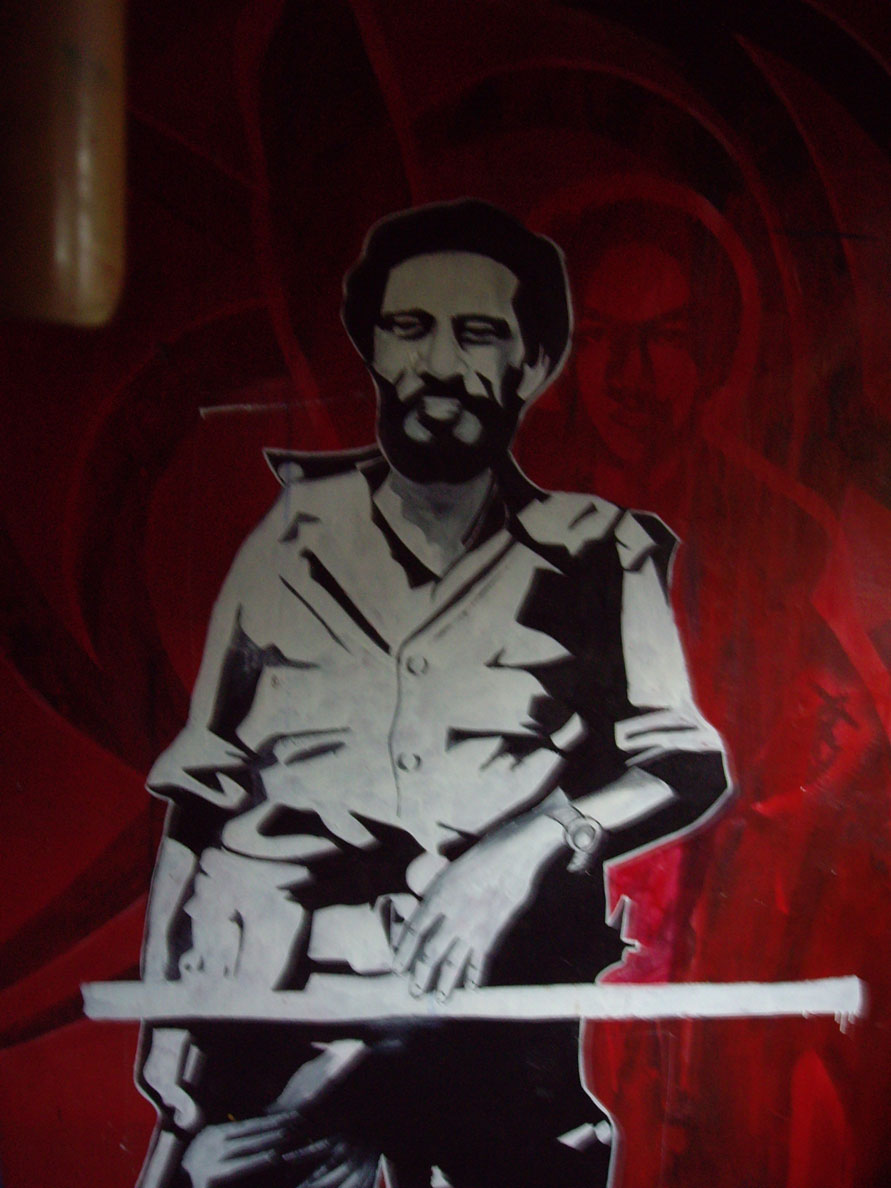 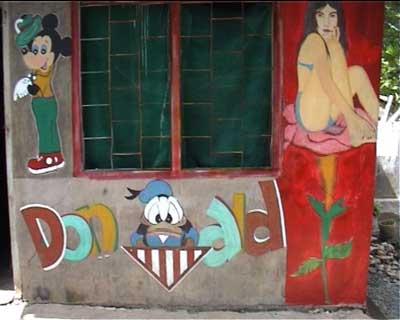 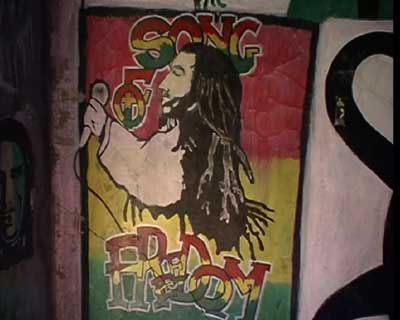 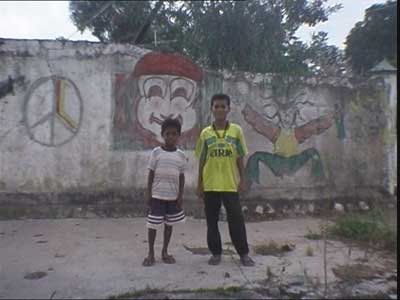 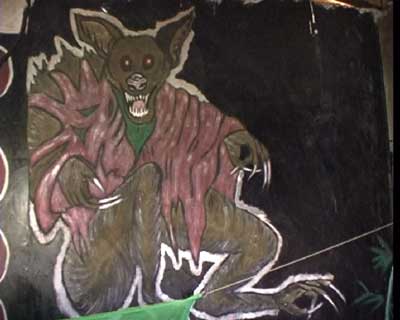 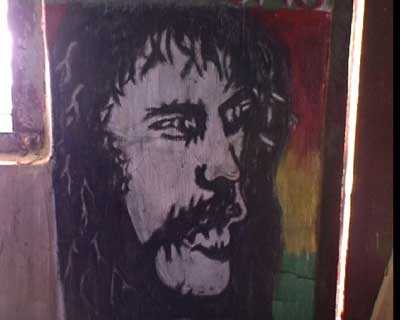 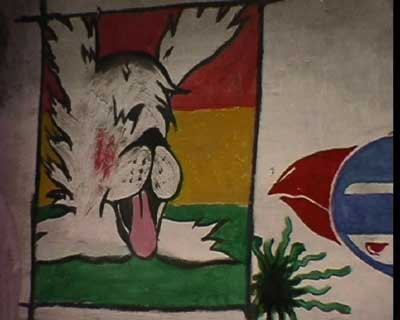 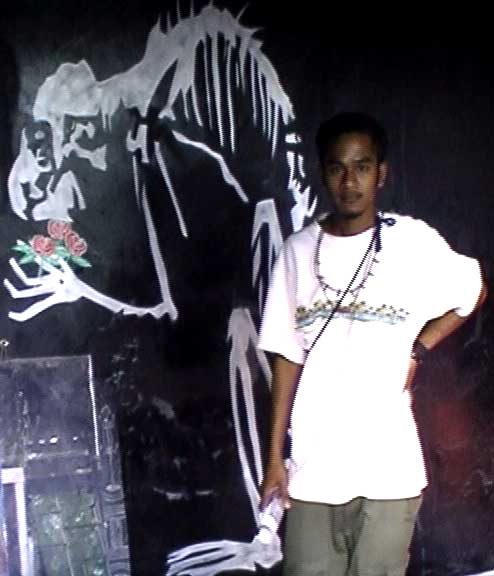 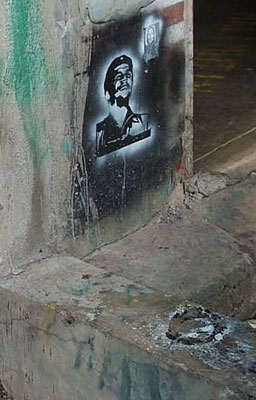 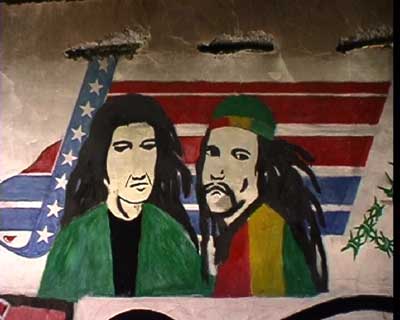 Sergio da Costa's bedroom is also his studio and when he was short of materials he painted on his walls. On the exterior walls of the house Disney characters  but inside more political art was the order of the day. It would have been dangerous to have this on his bedroom wall, but not as dangerous as in public. I don't know when it was painted. I filmed it in 2000. This work is a telling comment on his experience of Pancasila. According to the wikipedia Religion is stated as the first principle of the State ideology of Indonesia.