I met Eric da Sena in about 2004 in Melbourne. Eric began translating for me and after a visit to Timor brought me this photograph of himself sitting on a wall of the ruins of the Japanese prison in Cova Lima near Suai. Eric is living in Perth now but keeping in touch. He has provided me with other stories which I will post later. 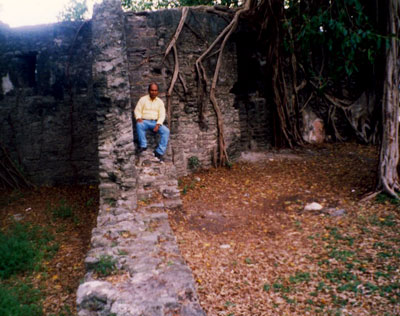