To read about Forum in Tetun click here. Click on the thumbnails to enlarge photos in galleries. Hover your cursor on right or left edge - near the top, to find Next and Back Buttons. Few people have had the privilege of seeing tais, the beautiful hand-woven "hidden textiles" that are the work of the women of East Timor.   I experienced the pleasure of seeing dozens of beautiful pieces being slipped out of their bright orange acrylic bags, and rolled off a huge bolster, on to the polished cedar table, in the old St Kilda Town Hall, last week. This thick-walled room, that buffered the heavy traffic sounds of St Kilda Road, was a long way from the ground where the tais were woven - where the loudest sounds are roosters crowing and perhaps a wooden mortar and pestle pounding sago palm bark into edible form. (To see exhibition click here)
[Show picture list] 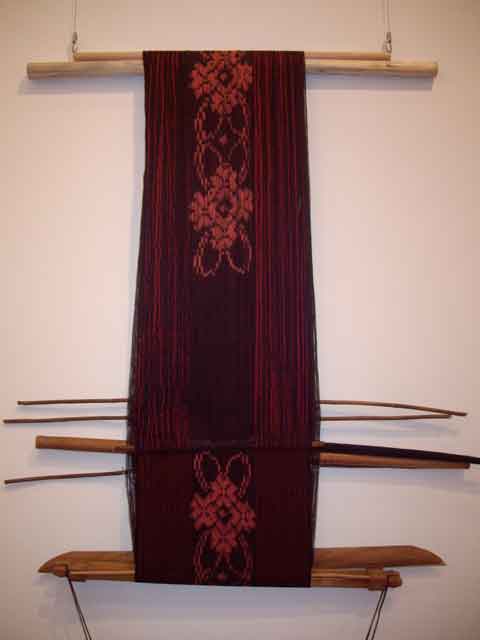 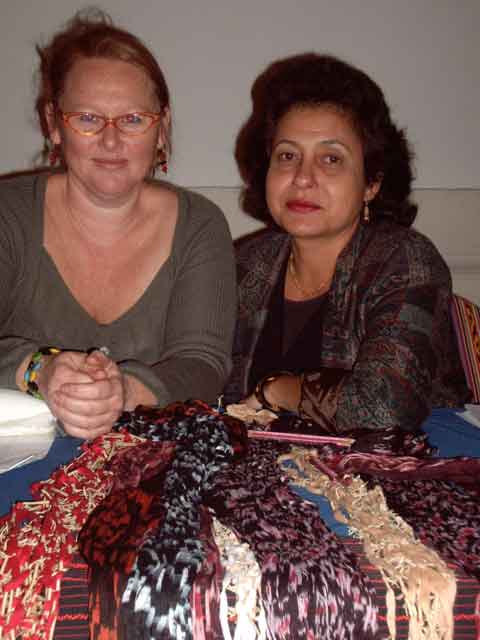 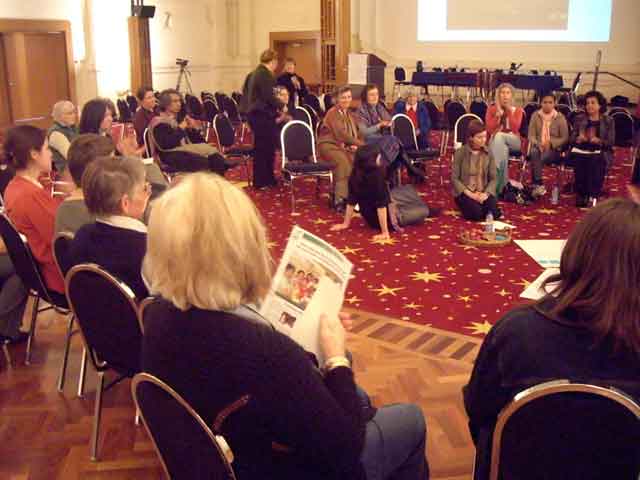 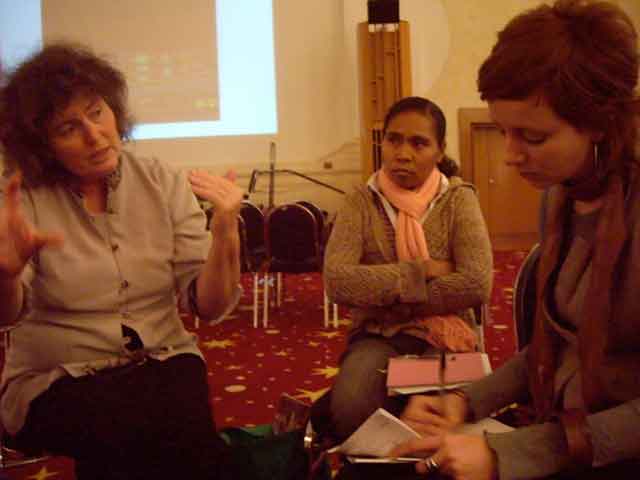 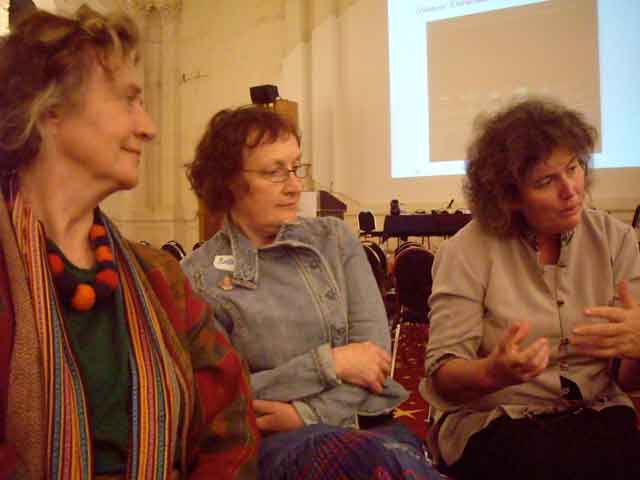 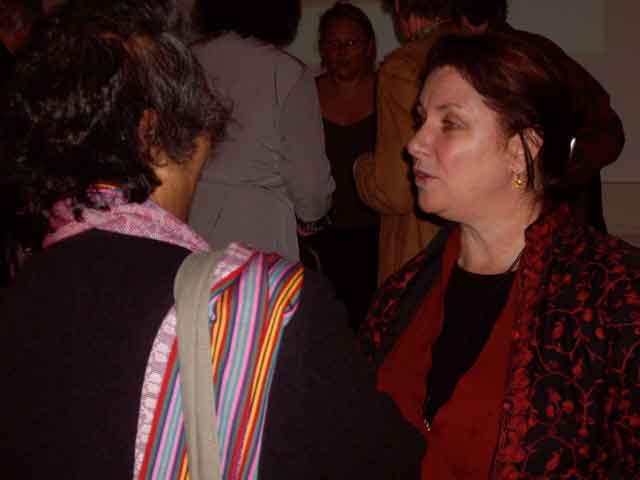 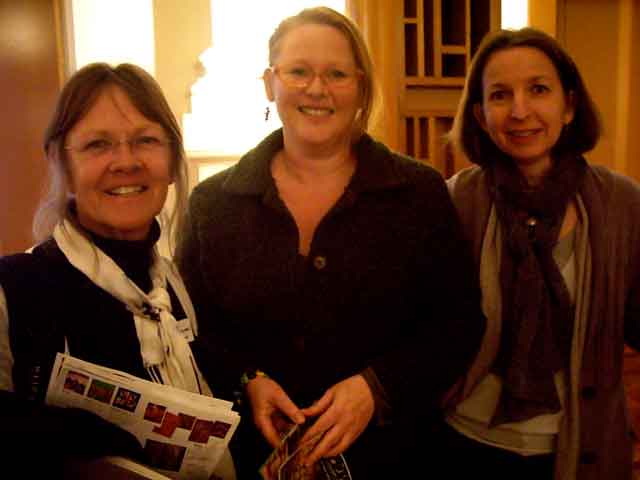 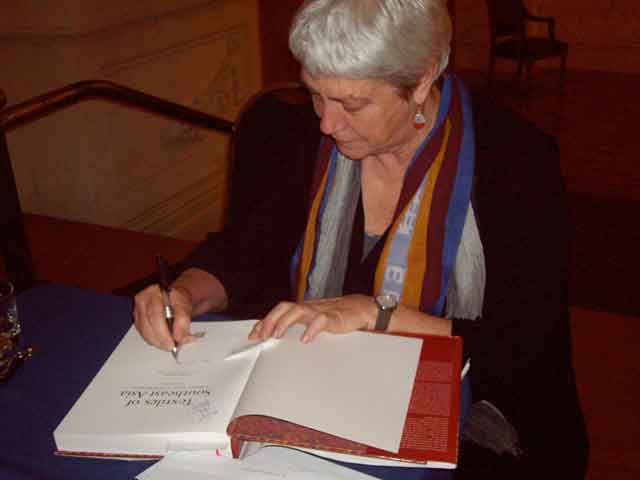 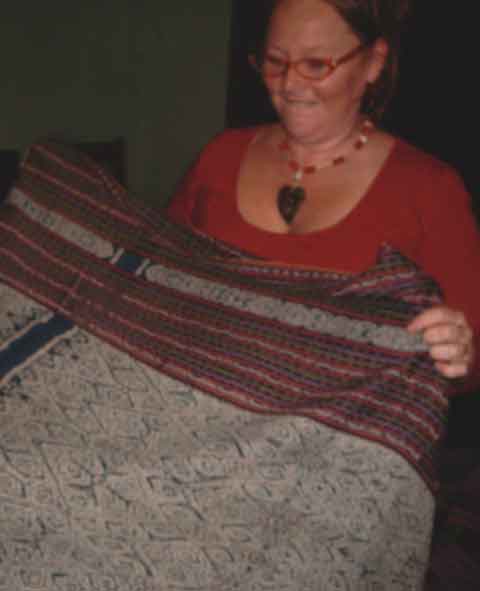 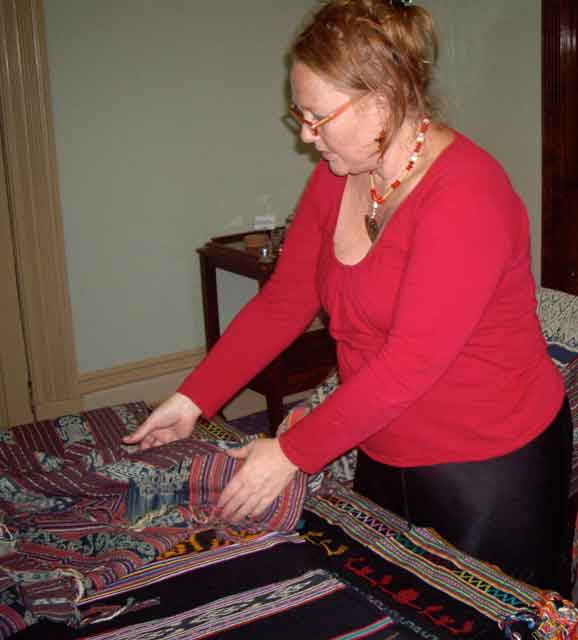