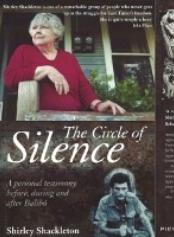 How fantastic it was to see Shirley Shackleton receive the Walkley Book Award for her book The Circle of Silence – A personal testimony before, during and after Balibo, last night in front of Australia’s finest journalists.  Shirley has been writing articles about justice and the Balibo Five’s murder and cover up in East Timor for over thirty years. She set up a scholarship for journalists to study in the U.S. which saw several of our leading journalists educated through it. The Circle of Silence tells the story of the impact of the murder of the Balibo Five on Shirley and her family and the subsequent struggle against gigantic odds to inform people in this country as well as around the world about what was going on in East Timor. The roughshod treatment she received from the

Government and the television station who employed Shackleton following the journalists disappearance is eye opening stuff. Not always popular with local activists for her abrasive warts and all style,  her voice was the one that often cut through when others’ didn’t and she showed the courage of a true giant of democracy and truth putting aside the cost to her personally.  I highly recommend the book as a good read. Published by Murdoch Books.
In her speech Shirley said she ‘wanted to put down what I know to have happened so it’s on the record’.  She also called for help to pressure the Indonesian Government to send the bodies of the journalists. home. It seems at 78 Shirley still has unfinished business.